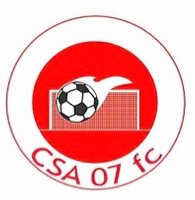 CSA 07 FC was set up in 2007 as part of the Children’s Soccer Academy (a registered Charity) which offered footballing experiences to young people across the Newbury and North Hampshire area.

The founders were Roger Moon and his partner, Penny Hewitt.

Initially, Roger and Penny ran drop in centres on a Saturday morning at Acland Fields in Cold Ash when they took all young players through a series of exciting drills and games so that they learnt to play football as simply and as easily as possible. CSA 07 FC also started running teams in local leagues across Berkshire and Hampshire and from small beginining the club grew to over 150 players participating in football from under 7's up to the under 16 age group.

Roger and Penny were also keen to draw on their background in Social Care and, probably uniquely for football clubs in the area, worked directly with children excluded from mainstream schools in Pupil Referral Units, Youth Offenders and children with Special Needs, Autism, Asbergers, Hearing and sight impairments, ADHD etc.

Roger and Penny were also instrumental in re-establishing the Reading and West Berkshire League (RWBL) in 2012, alongside Harry Prestidge, Phil Marsh, Mike Munday and Graham Barrett and others. Roger took on the role of league secretary whilst Penny held the role of Child Welfare Officer.

The league has flourished since then, now offering under 7 up to under 14 fixtures for over 20 teams plus a winter Futsal league and several competitive tournaments throughout the season. The league has also won the prestigious Berks & Bucks FA Charter Standard League of the season whilst Roger was a committee member.

Roger sadly died in September 2017 and is greatly missed by everyone at CSA 07 FC. Penny Hewitt has now assumed the role of CSA 07 FC Club President.